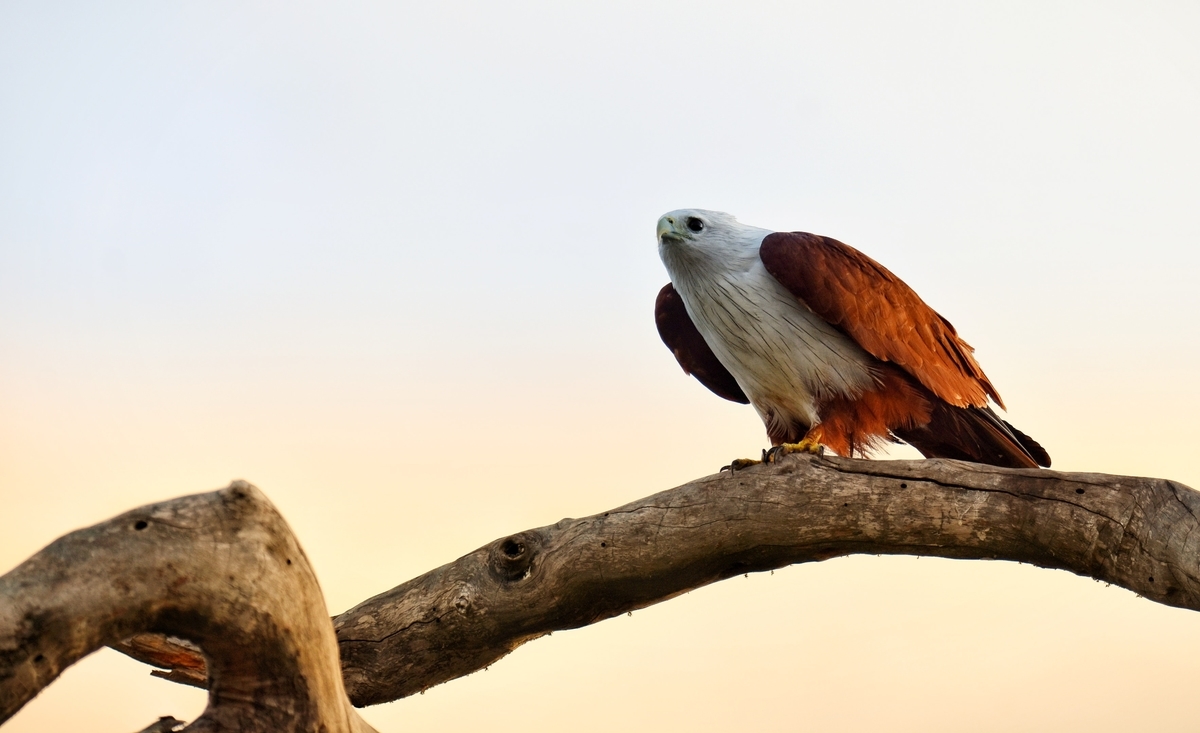 Photo by Dulana Kodithuwakku on Unsplash

Let's make a scatter plot for trust and l_capi. 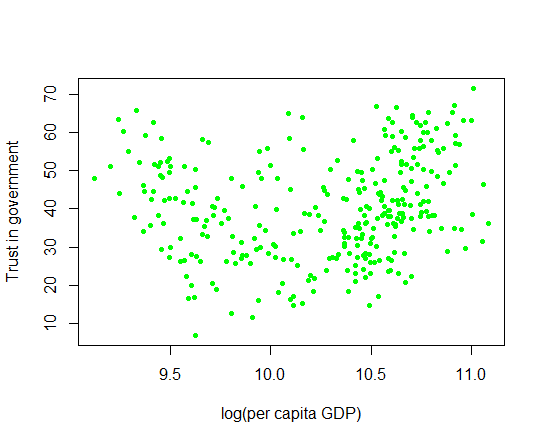 It seems there is not clear relationship.

Then, I load broom package because I would like to use tidy() function with lm object. 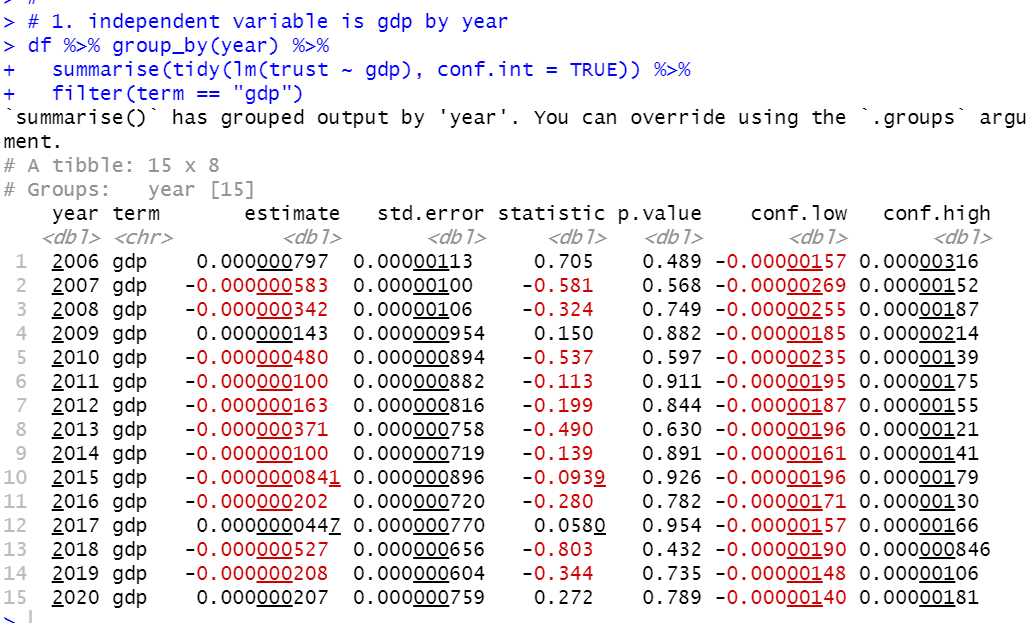 Since there are 21 iso-s, I display the result p.value ascending order. CHL and COL hasve negative coefficient and others have positive coefficient. There are only 8 iso-s which have less than 0.05 p.value. 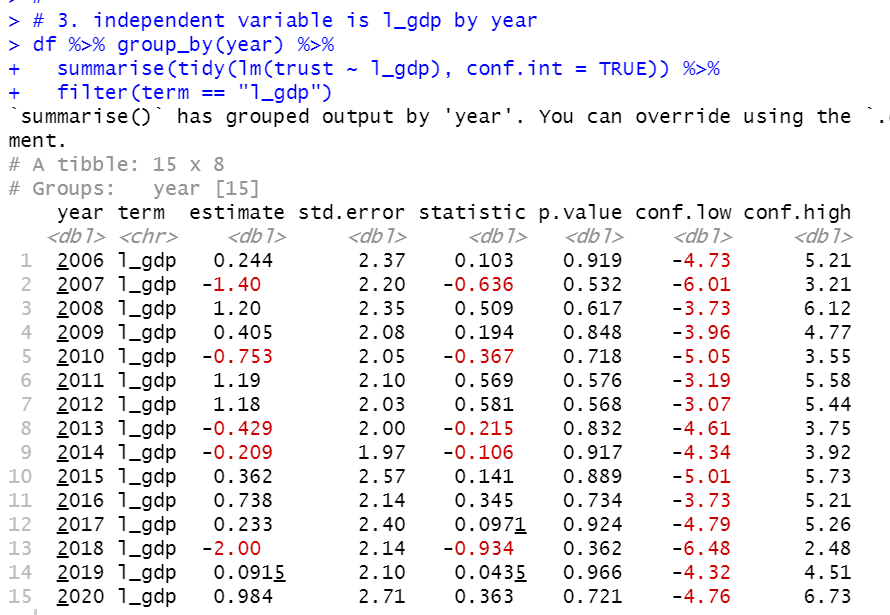 We also see there is no year which have less than 0.05 p.value. 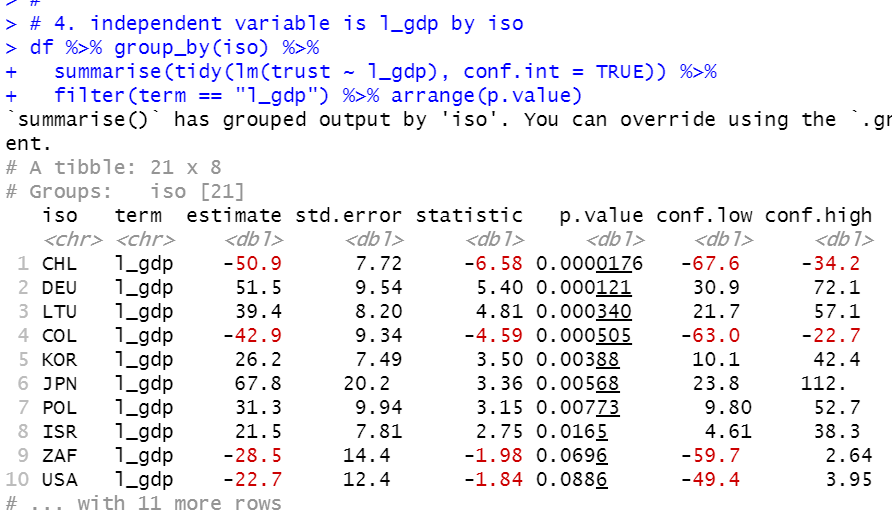 Again, CHL and COL have negative coefficient with less than 0.05 p.value.

I assume it is possible for GDP to affect Trust in government, but there must be other factors to affect it.