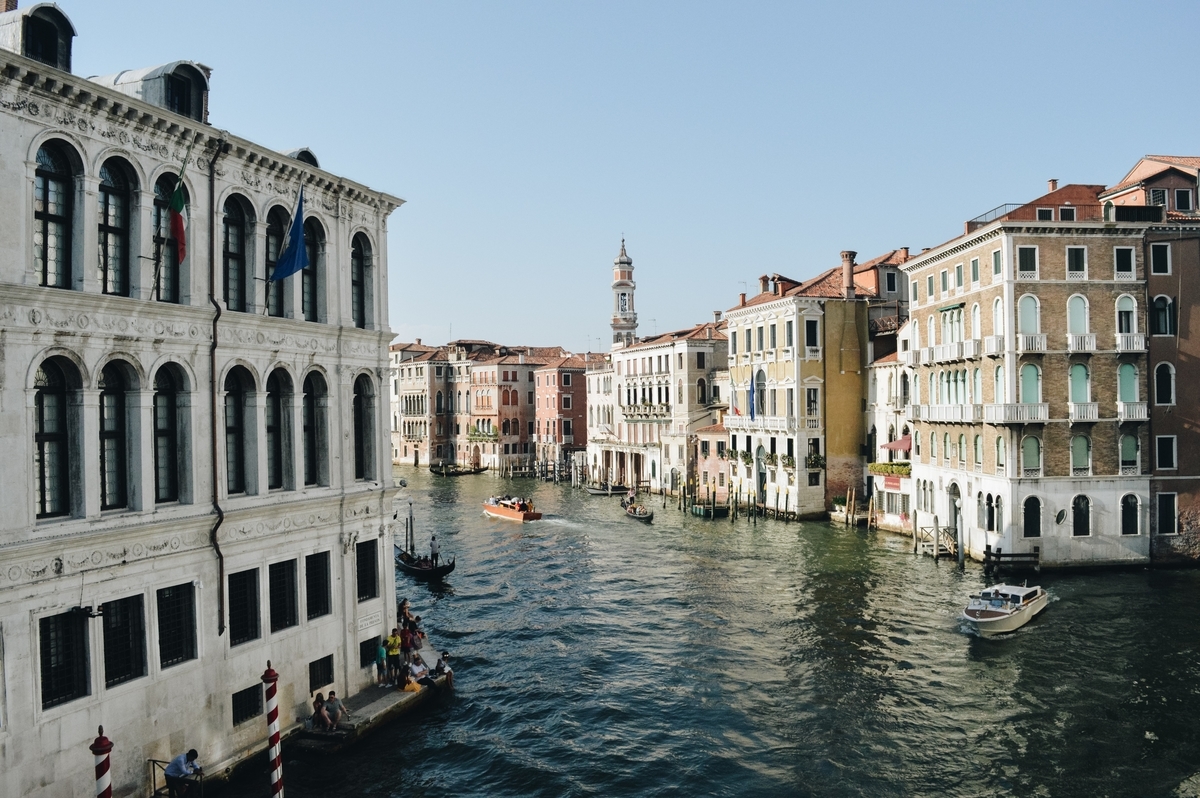 This post is following of above post.
In the previous post, I made a dataframe for data analysis, named 'df2'.
Now, let's start data analysis with data visualization.
I will make 5 Named Graphs (5NG) using R.
My text book is 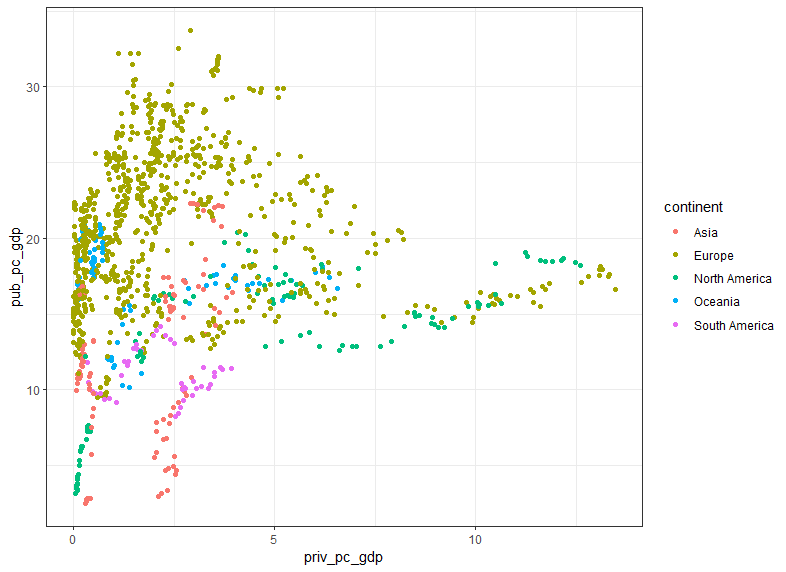 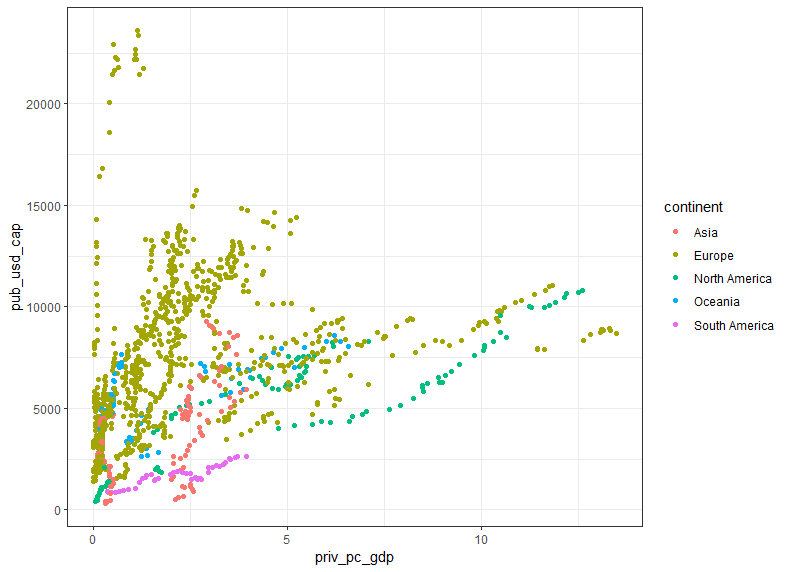 I see relatively positive relationship between priv_pc_gdp and pub_usd_cap too. 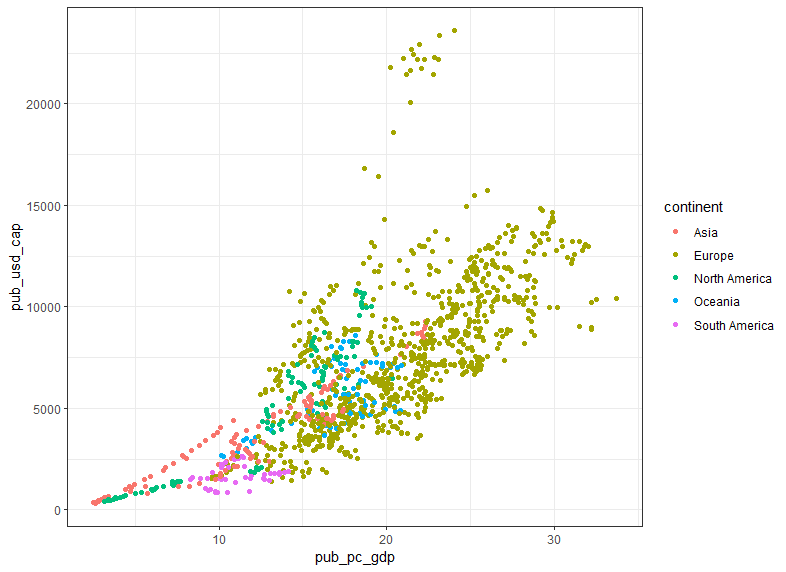 I see there is strong correlation between pub_pc_gdp and pub_usd_cap. 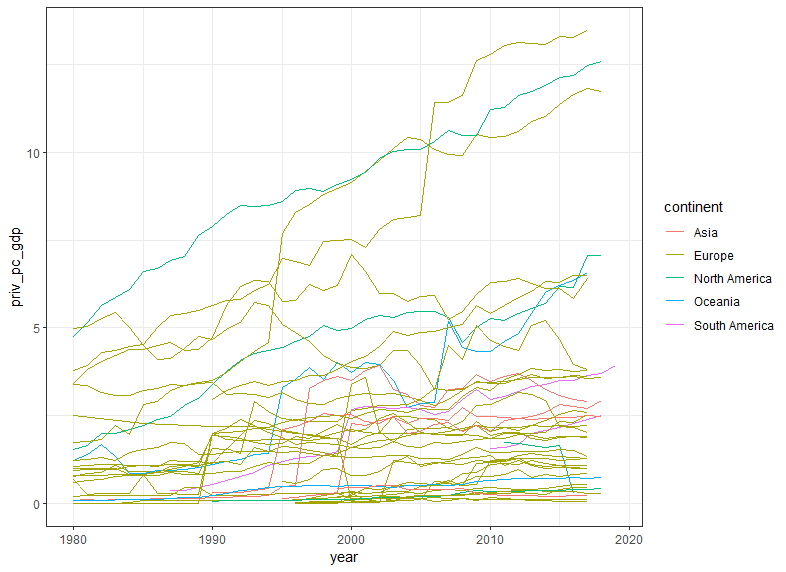 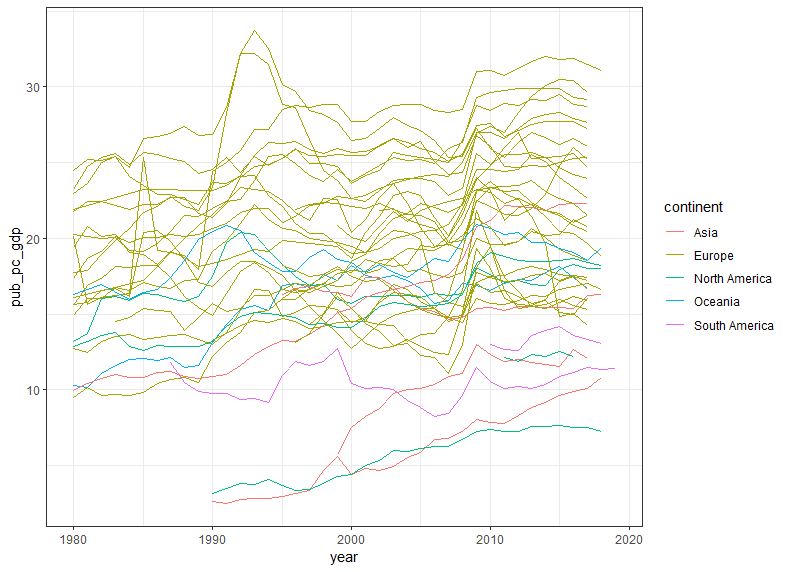 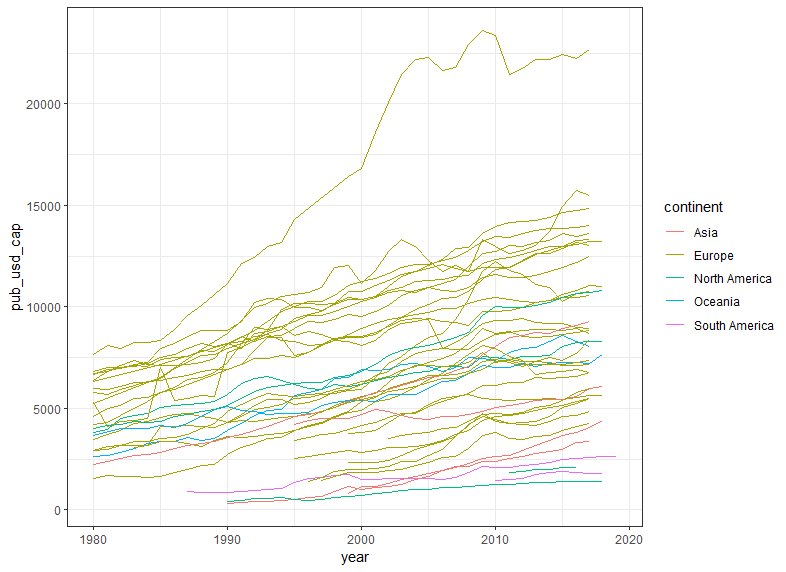 pub_usd_cap are increasing for almost all countires. 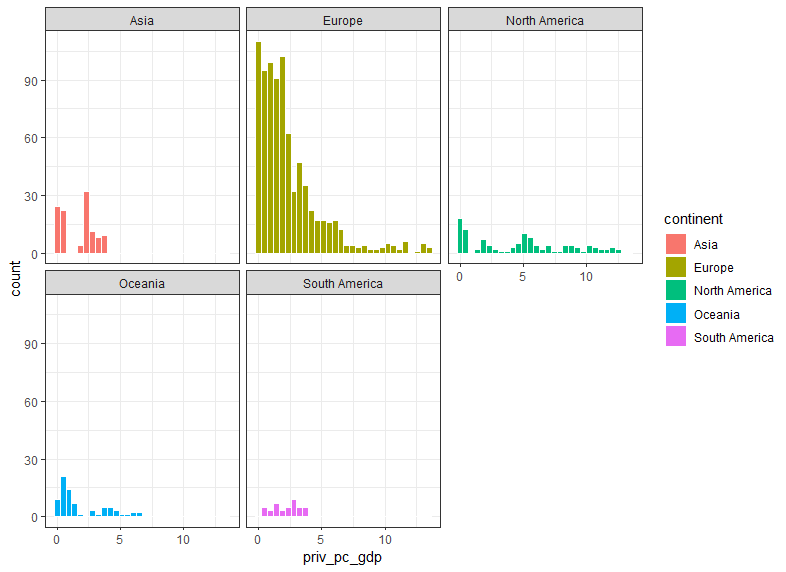 geom_histogram() makes histograms. I use facet_wrap(~ continent) to make histograms for each continent. 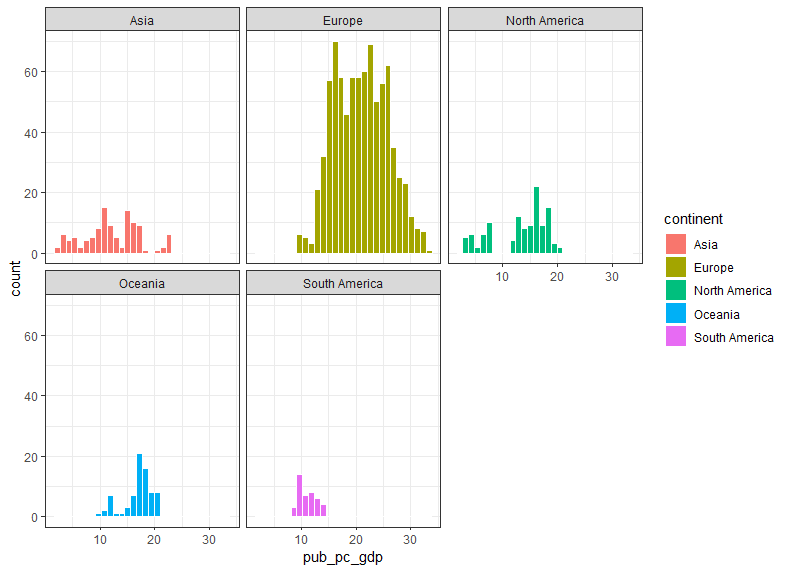 I see Europe has higher percentage than other continents about pub_pc_gdp. 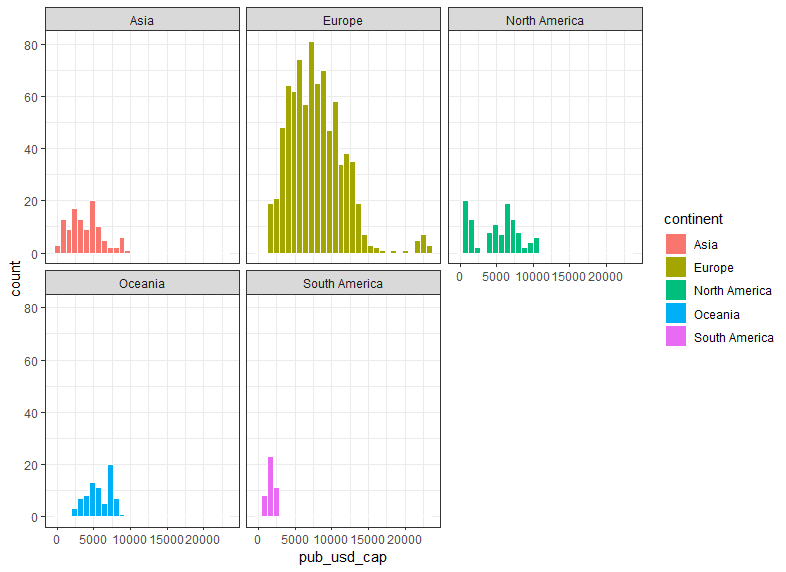 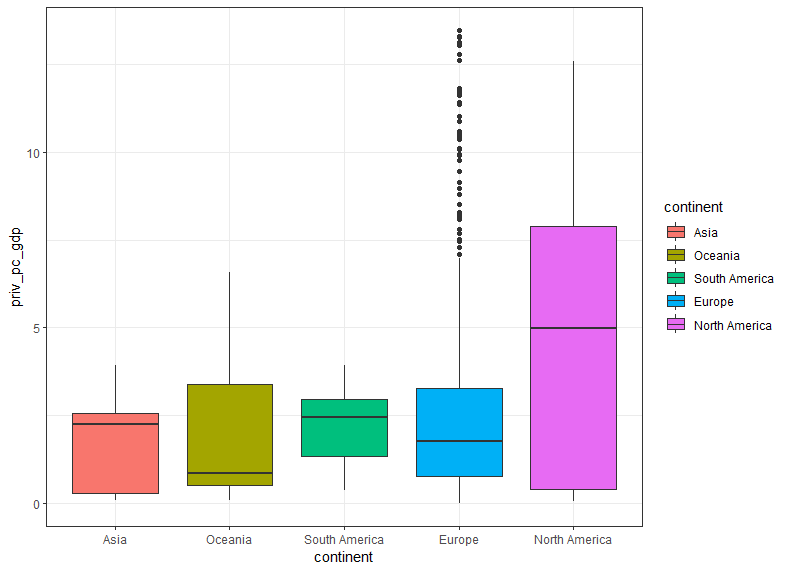 geom_boxplot() makes a boxplot. I use mutate() and reorder() to reorder continent by average value. So, I can easily see Notrh America has the highest average priv_pc_gdp. 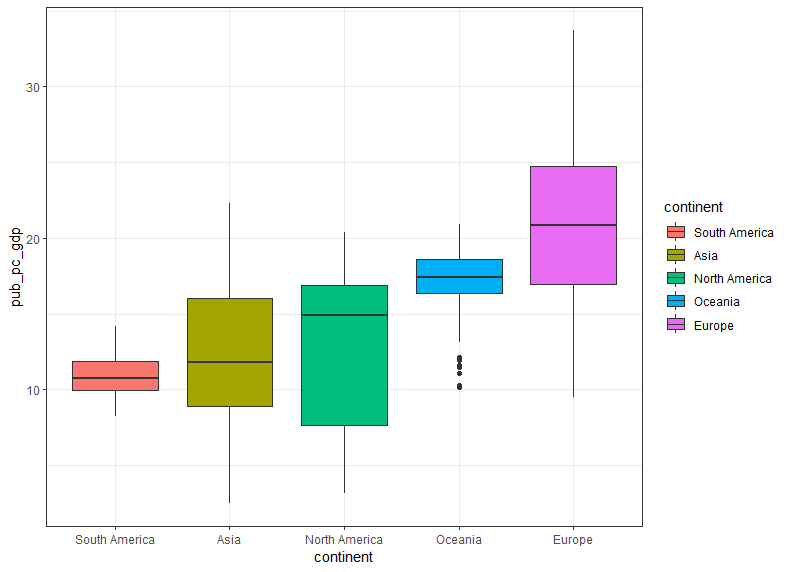 I see Europe has the higest average pub_pc_gdp and the highest medain too. 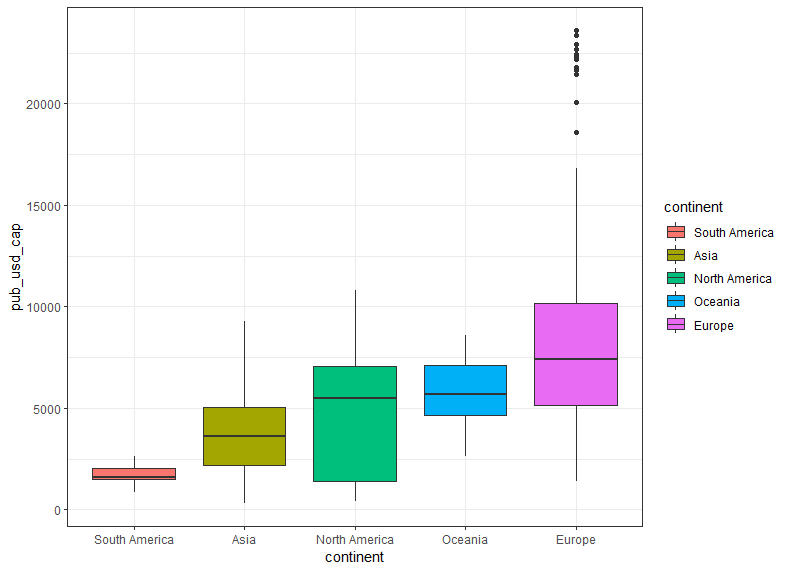 Europe has the highest average and median value for pub_usd_cap.

The last 5NG is Barplot.
To make a barplot, we can use geom_bar() and geom_col() function. 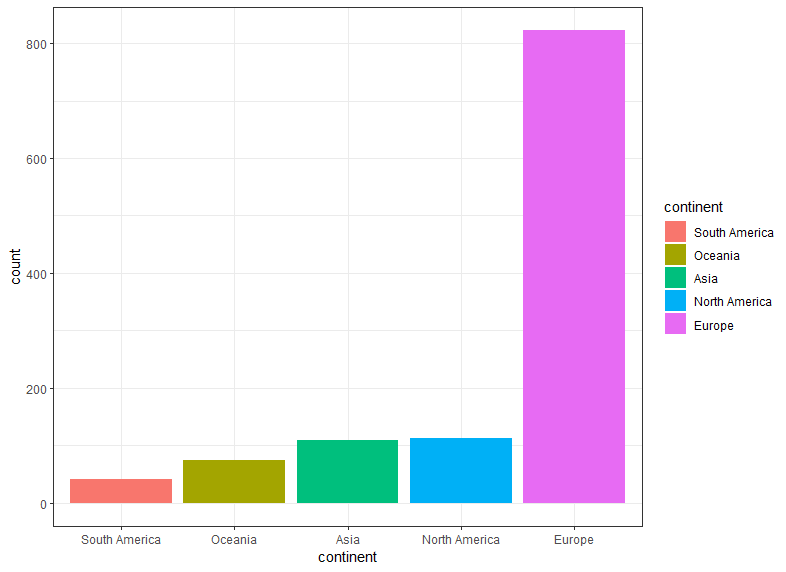 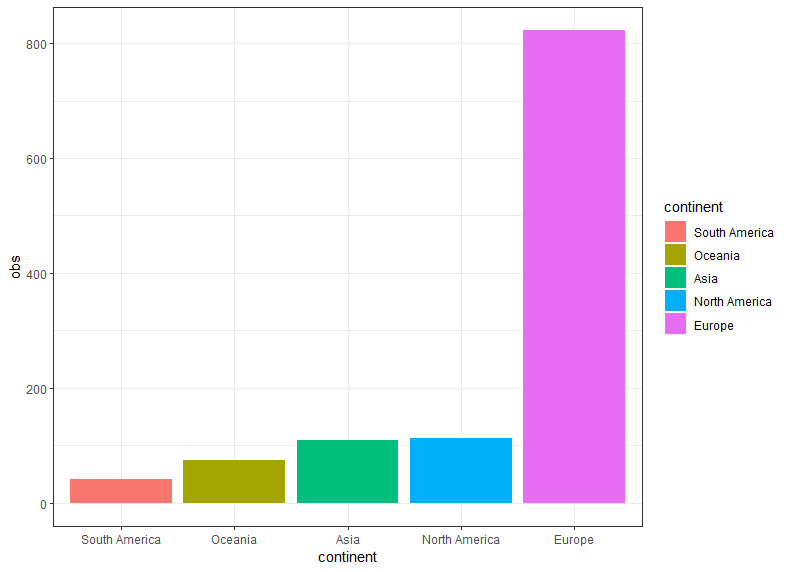 Before using geom_col() function, we need to calculate summary statistics data such as number of observations.