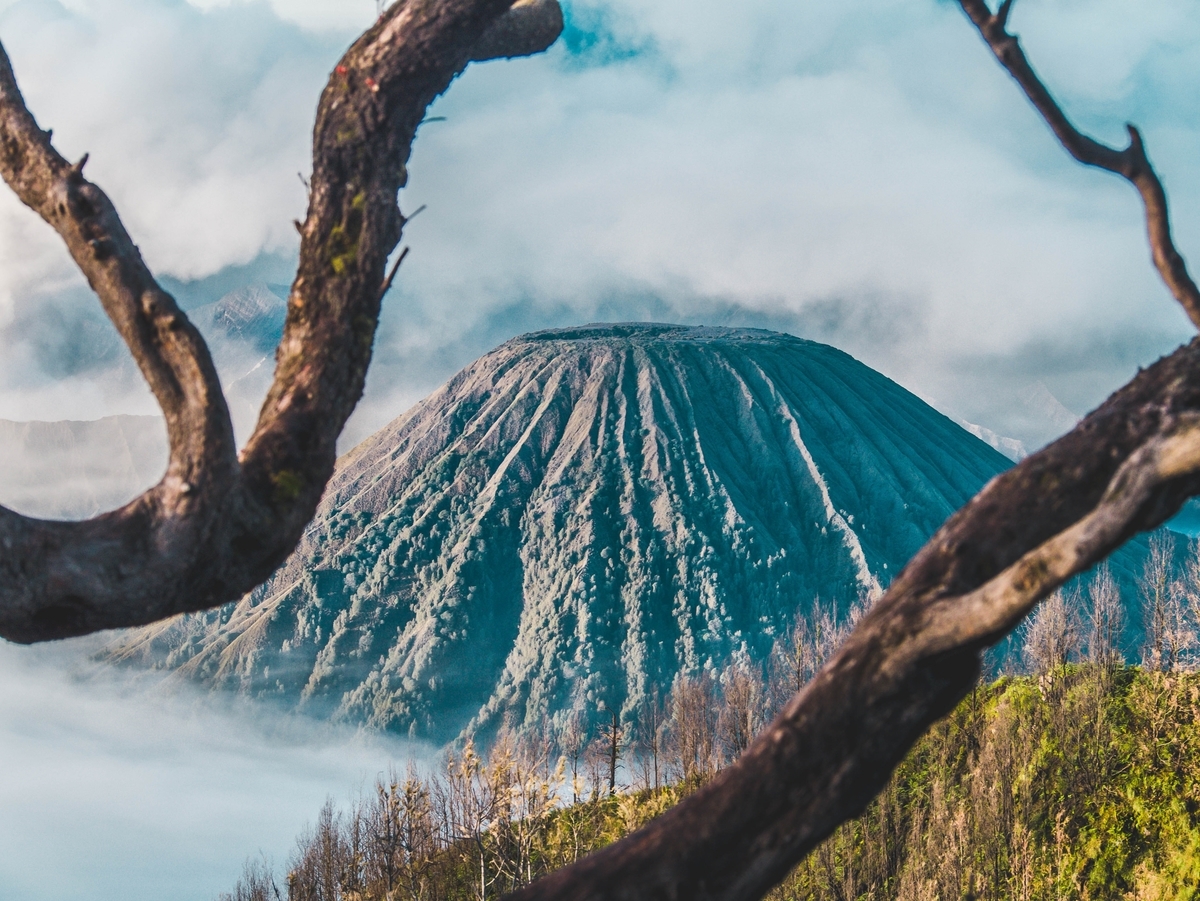 In this post I will do linear regression anaysis using R.

Firstly, I will start with one numerical explanatory variable.

Above code shows that explanatory variable id pub_pc_gdp and explained variable is priv_pc_gdp.

pub_pc_gdp's coefficient estimate is 0.02 but lower_ci and upper_ci includes 0, so this implied it is not statistically significant at 95% level.

Next, I use one categorical variable as explanatory variable, it is continent. 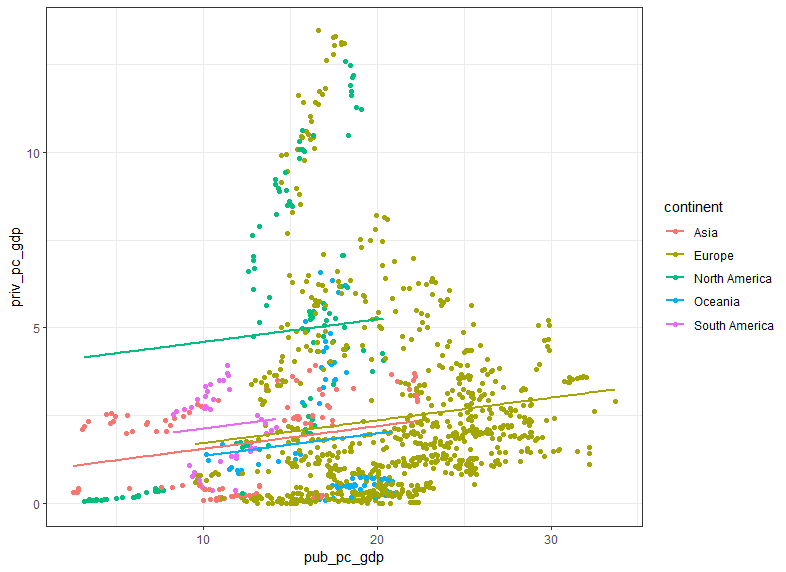 Next, I add interaction terms. It means multiple slopes. 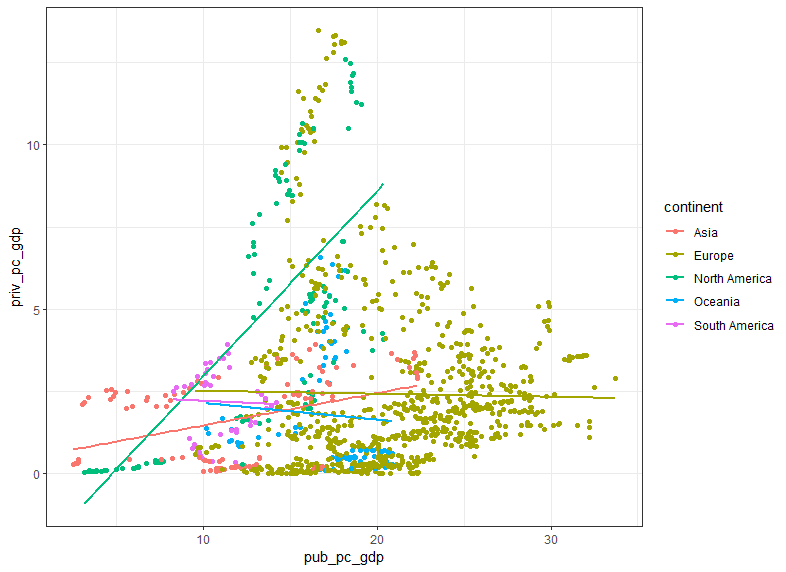 I see North Amarica and Asia have positive slopes and Europe, Oceania and South America have negative slopes.