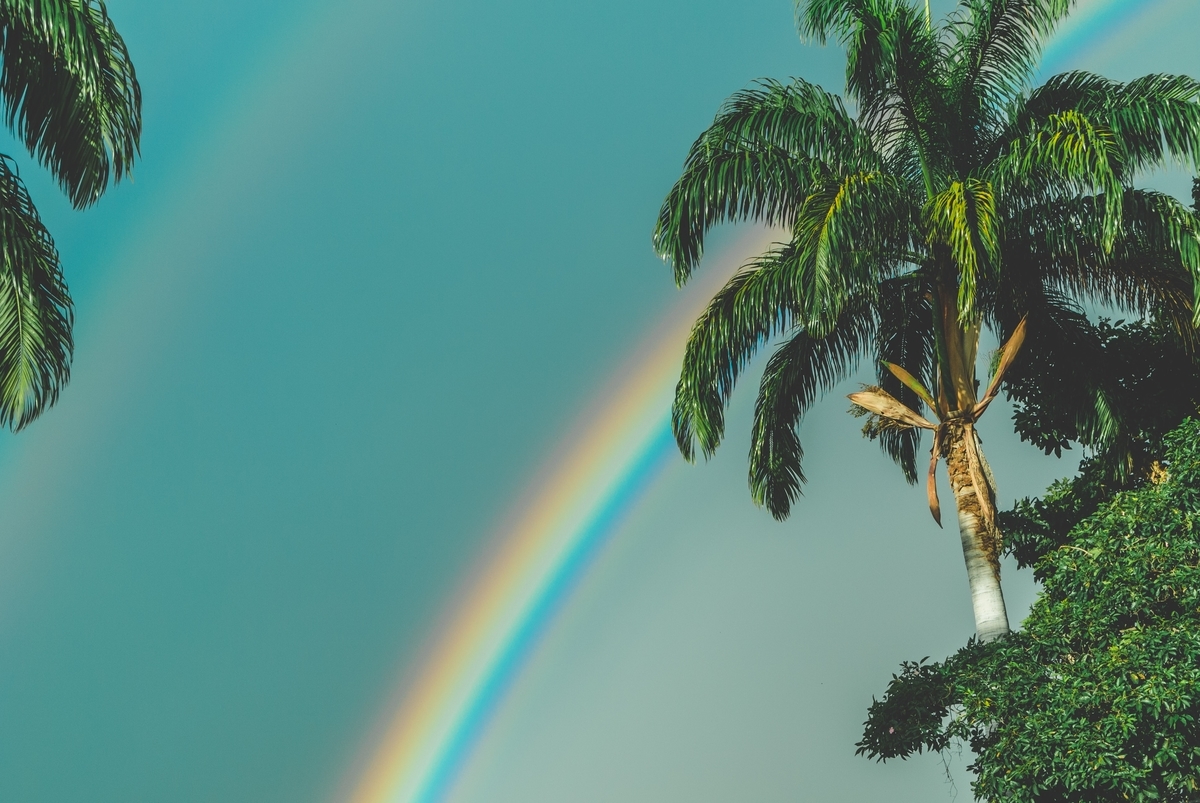 Photo by JD Rincs on Unsplash

In this post, I will do regression analysis using R.

I will check if GDP, per capita GDP are statistically significant factor to NEET percentage.

First, let's check which year has the most observations. 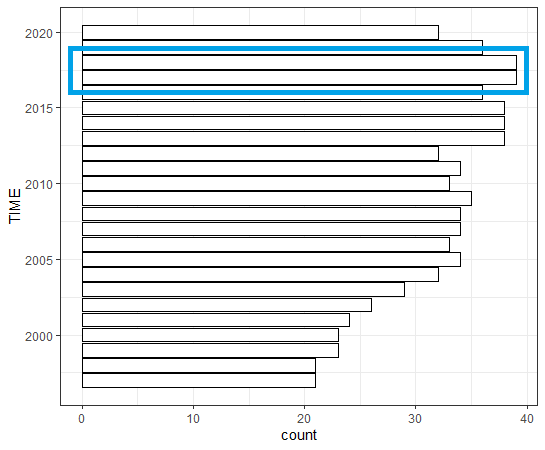 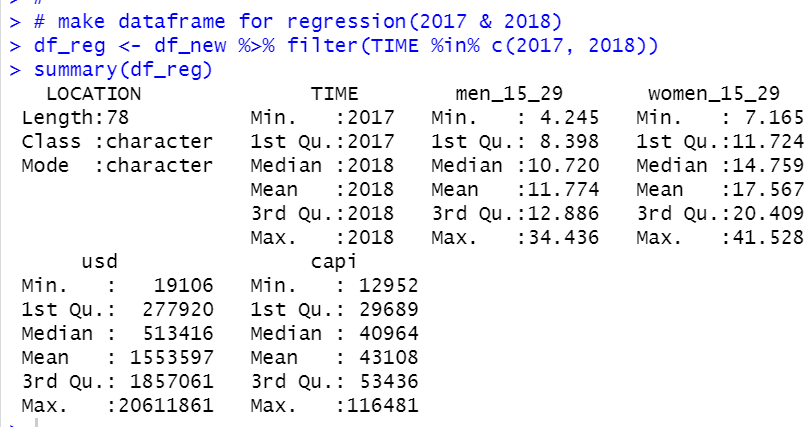 It is very interesting. 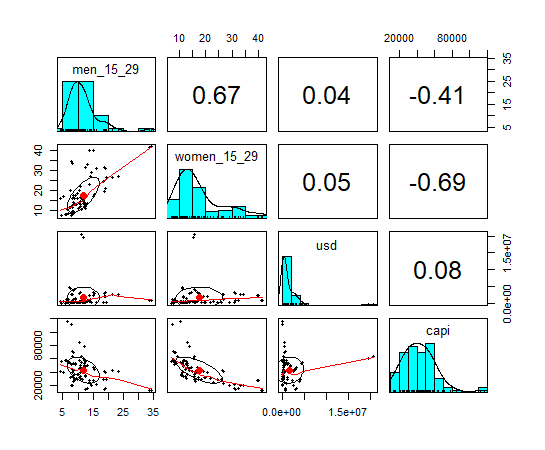 usd: GDP amount distribution is very skewd, maybe it is better to transform to logarithm. 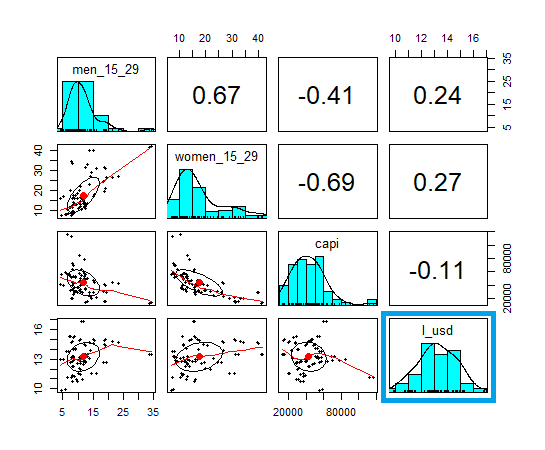 I use log(usd) instead of usd. 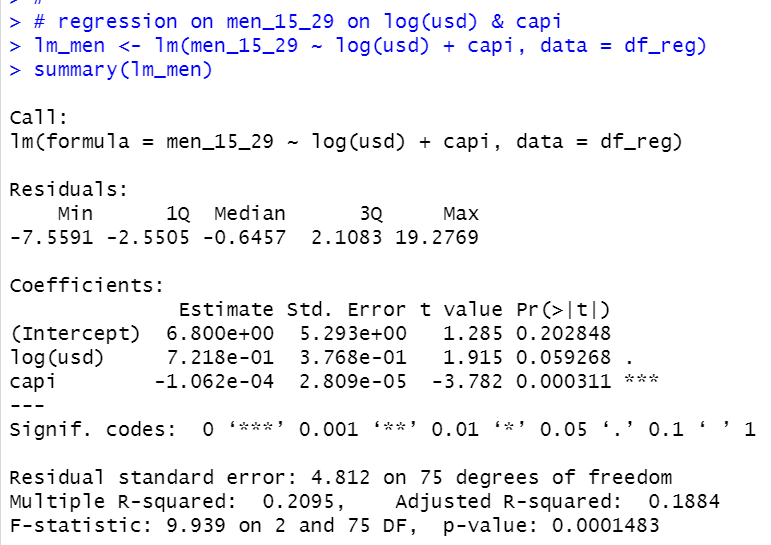 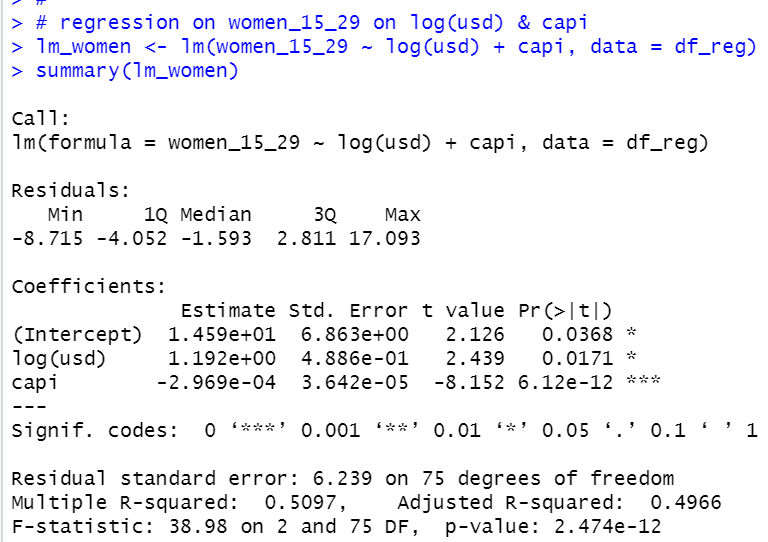 women_15_29 is more sensitive than men_15_29 for capi and log(usd).
It is very interesting that large amount GDP cause higher NEET percentage while high per capita GDP lowers NEET percentage.